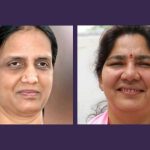 With Just 7.8% Women Ministers Across States, Women Are Systemically Excluded From Power and Decision Making

With Just 7.8% Women Ministers Across States, Women Are Systemically Excluded From Power and Decision Making

Telangana, the newest state in Southern India, finally has women ministers in the state’s council of ministers for the first time in its history. In a recent cabinet expansion, Chief Minister K Chandrashekhar Rao (KCR as he is popularly known)  inducted P Sabitha Indra Reddy and Satyavathi Rathod as Education and Women and Child Development Ministers respectively.

In his first term soon after the state’s formation in 2014 and subsequently after his re-election in December 2018, KCR was criticised for appointing an all male cabinet. Despite women playing a pivotal role in the people’s movement for a separate Telangana state carved out of the erstwhile state of Andhra Pradesh, they were excluded from governance and decision making in the state’s polity.

Women now constitute 12% of Telangana’s council of ministers (CoM)- still a long way off  from a minimum 33% reservation and upwards of 50%, that women in India have been advocating for, in various political and administrative institutions.  Exclusion of women from the highest institutions of power, governance and decision-making across India is uniform across the country and systemic.

Of the 529 ministers across 28 states in India, only 41 are women- a mere 7.8%, according to a BehanBox analysis of countrywide data on women ministers. This is a marginal increase from 7% in 2015, when we carried out a similar analysis. Today, there is one woman Chief Minister- Mamata Banerjee in West Bengal in contrast to 3 in 2015. Women from marginalised communities- Scheduled castes, Tribes and Muslim women find fewer opportunities to hold power.

Only 10 states in India have more than 10% women ministers

The dismal representation of women in ministerial councils is uniform across India.  Only 10 of the 28 states ( excluding Jammu and Kashmir which has no Government currently) have more than 10% women in their state council of ministers. Jharkhand (20%), Tripura (14%) and Tamil Nadu (13%) are the states with the highest proportion of women ministers.

Among the states that have more than 20 ministers in their council of ministers, Tamil Nadu (13% ) has the highest proportion of women, followed by Andhra Pradesh (12%) and Odisha (10%).

For states with smaller council of ministers (less than 20), Jharkhand has the highest proportion with 20% women, followed by Tripura (14%) and Punjab (13%)

Haryana has the highest proportion where women form 13% of the 8 member cabinet, followed by Assam and Odisha which have 9% women.

Uttar Pradesh and Maharashtra which have a 24 member cabinet have mere 4% women. Rajasthan, Gujarat and Uttarakhand have no women with cabinet rank. In West Bengal, apart from Mamata Banerjee who is the chief minister and holds several ministries, there are no other women ministers in its 26 member cabinet.

[Image Description: A stacked bar chart showing the proportion of women minister with a cabinet rank in states with separate cabinets in descending order.
Haryana- 13%, Assam and Odisha- 9%, Maharashtra and UP-4%, Gujarat, Rajasthan, UP & West Bengal -0%]

It is 2019 and there are still states within India that have no women in their council of ministers. The Government of National Capital Territory of Delhi headed by Arvind Kejriwal is one of them. Other states that do not have women ministers are Sikkim, Arunachal Pradesh, Manipur, Mizoram, Nagaland and Meghalaya- all in North East India. The union territory of Puducherry has no women ministers either.

In most states where women do find a place in the council of ministers, they are mostly in charge of the Women and Child welfare department (WCD)- a key ministry for conceiving and implementing policies for women and children in the states. 14 of the 41 women ministers across India hold the WCD portfolio.

Maharashtra which has only 2 women ministers in its 42 member ministry- Pankaja Munde with a cabinet rank and Vidya Jaiprakash Thakur( Minister of State) are both part of the WCD.

However, state administrations are not inducting enough women to head other important ministries.

Andhra Pradesh is the only state which has a woman deputy chief minister from the Scheduled Tribe community- Pamula Pushpa Srivani. It is also the only state where a woman, Mekathoti Sucharitha, from the Scheduled Caste community holds the Home portfolio apart from West Bengal where the chief minister Mamata Banerjee is in charge of Home and Hill Affairs department. United AP had a woman Home minister earlier when the former chief minister Y.S.Rajashekhar Reddy appointed P Sabitha Indra Reddy- the current education minister of Telangana- to head the department in 2009.

Some other notable exceptions where women hold portfolios others than WCD are Tamil Nadu and Telangana where Razia Sultana and Sabitha Reddy head Education respectively, Jharkhand where Dr. Louise Marandi is in-charge of Human Resource Development and Goa where Jennifer Monserrate heads the Revenue department.

Kerala is the only state with a woman health minister- KK Shailaja Teacher, who steered the state through the Nipah virus crisis.

Among the 4 women ministers in UP, 3 of them are involved in various aspects of education. Kamala Rani Varun is heads the Technical Education department with a cabinet rank while

Gulab Devi and Neelima Katiyar are state ministers in the Higher and Secondary education departments.

A full list of women ministers in different states is below:

Table: Full list of women ministers in all states 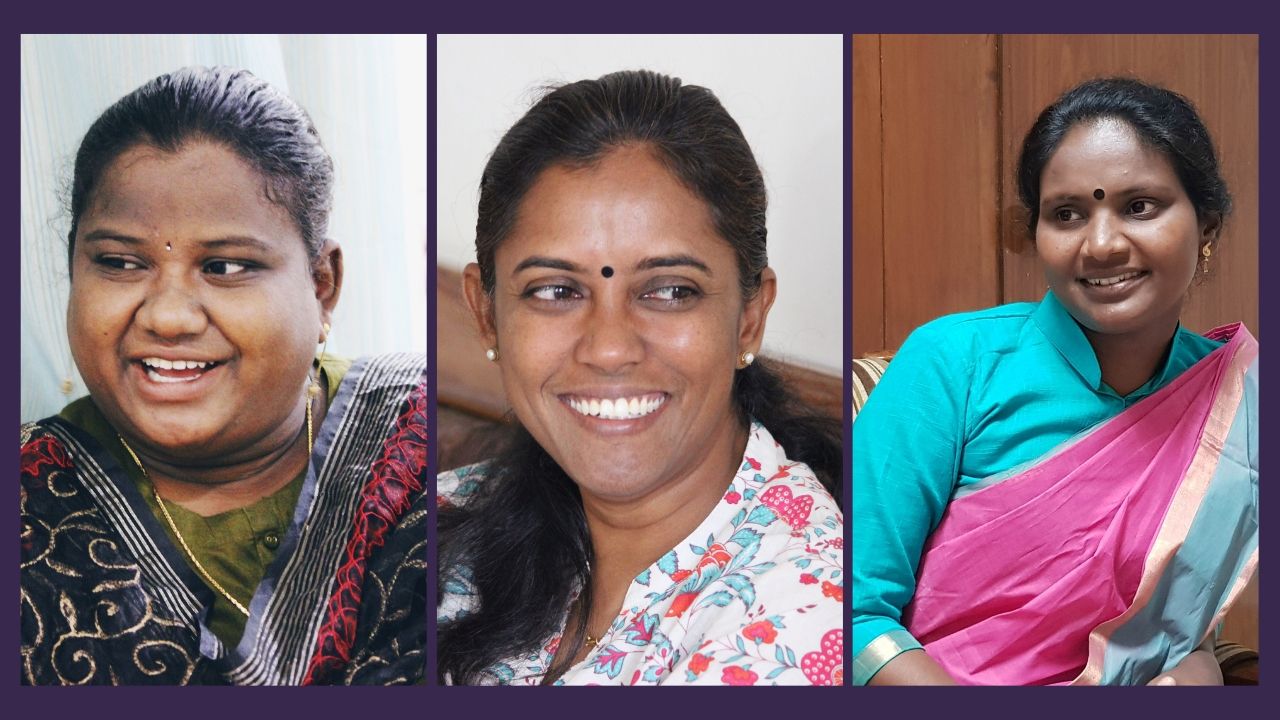 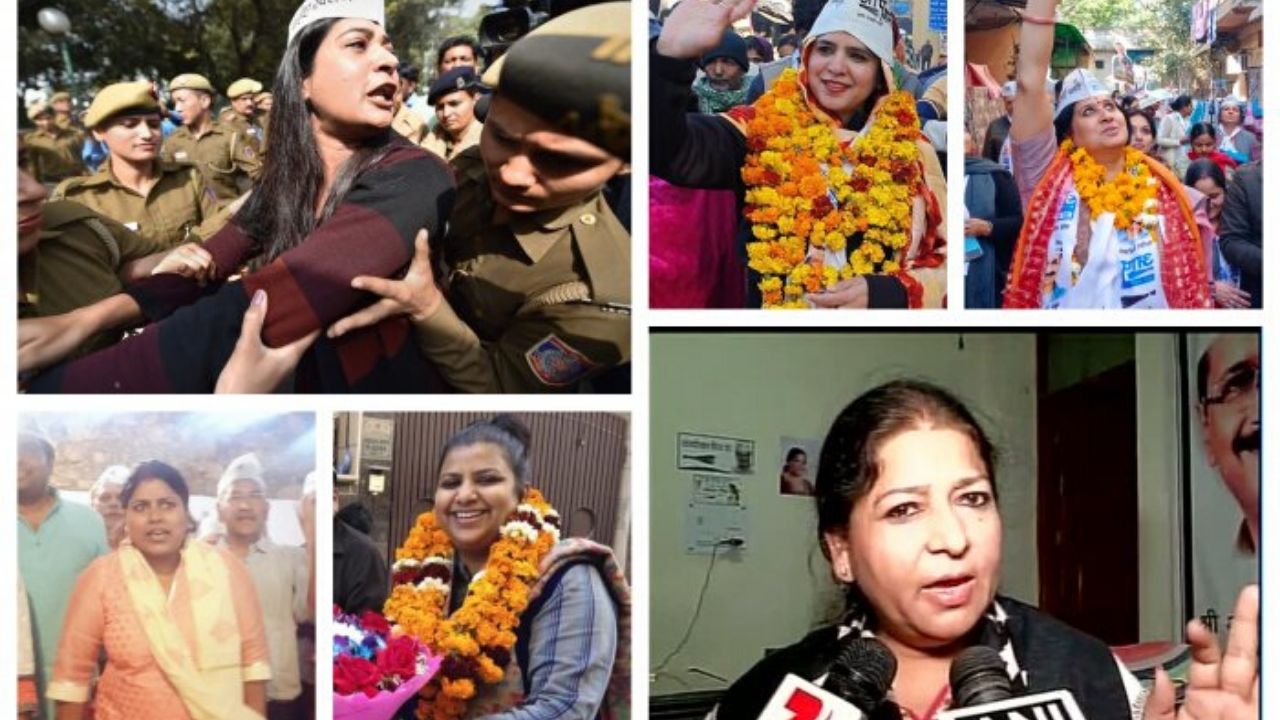