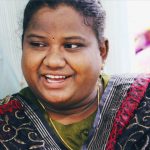 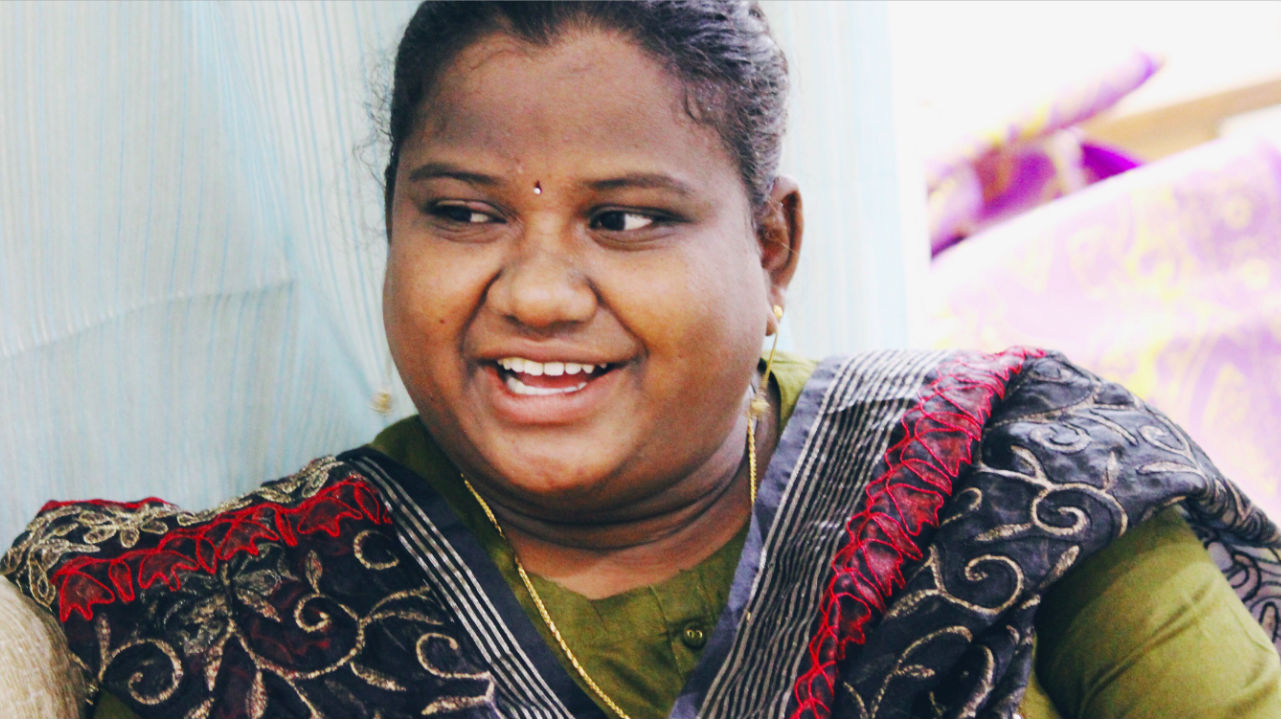 Madhavi Goddeti may be a first time Member of Parliament (MP) in the newly elected Lok Sabha but she is no stranger to politics. The 26 year old Scheduled Tribe MP of the Yuvajana Sramika Rythu Congress Party (YSRCP) from Araku  in Andhra Pradesh, who defeated a 5 time MP and a former Union minister, grew up surrounded by it.

“ Politics was all around me since I was a little girl. I saw my father who was an MLA and tribal rights leader fight for the interests of people in the region against rampant bauxite mining all his life. I saw the neglect of the health and education needs of the tribals in the region”,she told BehanBox on the evening before her oath taking ceremony in Lok Sabha.

Madhavi’s father, the late Goddetti Demudu was a two time Communist Party of India (CPI) Member of the Legislative Assembly (MLA) from the erstwhile Chintapalli constituency in the Andhra Pradesh Legislative Assembly. He was also the  president of the Andhra Pradesh Girijan Samakhya, a tribal rights collective that fought relentlessly against bauxite mining in the Scheduled areas of Visakhapatnam and East Godavari districts of Andhra Pradesh. The previous governments in AP had given permission to the AP Mineral Development Corporation and private companies to mine bauxite over 1212 hectares in the region, a move vehemently opposed by the Adivasis due to loss of land and livelihood.

It was Father’s Day and Madhavi was full of fond memories of her father whose struggles and work with the Adivasis of the region shaped much of her political thinking.

“ He was a frugal man. Even his salary as an MLA was spent on the welfare of people and Party activities. It was my mother’s salary that sustained our household and even paid for the construction of our house”, she said

Beginnings of a Political Journey

Madhavi’s own plunge into active politics came in 2018 when  YS Jagan Mohan Reddy (Jagan as he is popularly known), the president of YSRCP, personally asked her to join the party. He had seen the goodwill and respect that Goddeti Demudu enjoyed in the Araku region for his work among the Adivasi population.

“When Jagan Sir asked me to join the party, I saw it as an opportunity to continue the work of my father in the region’, she said. Until then she had worked as a physical education teacher on a contract basis in a school in Tuni, a town in the East Godavari district.

“ Around 1500 people from across the Araku region came with me to the party office, spending their own money, to show their support. It was overwhelming”, she said, her eyes brimming with tears.

Soon after, she was  appointed as the Parliamentary coordinator of YSRCP for the Araku Lok Sabha constituency, a big responsibility for a political novice, in part because of the spread of the constituency.

The lone constituency reserved for Scheduled Tribes in AP, Araku comprises of Agency areas spanning across the 4 districts of Srikakulam, Vizianagaram, Visakhapatnam and East Godavari. Agency areas are hill regions of Northern AP with a majority Adivasi population that were once autonomous under the Madras Presidency during the colonial rule.

“At first, it was daunting for a newcomer like me because of the sheer scale of the area and difficult terrain. But I joined the Padayatra with Jagan sir across the region where we walked for several kilometres everyday and listened to people. This both helped me build my confidence and connect with people of the region”, she told us. In the run up to the AP state legislative assembly elections, Jagan undertook a walkathon across the 13 districts of AP.

It was, therefore, a foregone conclusion that she would contest from Araku in the Lok Sabha elections in April 2019 as YSRCP had reserved the seat for a woman contestant.

On the campaign trail

It was a contest of unequals. Madhavi, the absolute newcomer was up against a former Union minister and 5 time MP from Araku – Kishore Chandra Deo.

“ People told me you are a young and inexperienced woman contesting against a 5 time MP. But I was confident because they were all my people. I grew up amidst them”, she told BehanBox when asked if the contest daunted her.

Madhavi defeated her opponent by 2,24,089 votes and received 52% of the total vote share.

Her biggest achievement was to run her election campaign shoe -string budget in the most expensive elections ever in the history of India, primarily because of the support she received from people of her constituency in various forms.

“I spent a total of 7 lakhs for my entire campaign. Except for my own transport and fuel costs, the rest was pooled resources from the people of my constituency. We would even eat and sleep in people’s homes as we campaigned”, she says.

Madhavi’s assets at Rs 1,45,179 are the lowest among all the MPs in the current Lok Sabha.

“It was as though the whole constituency took it upon themselves to put me in Lok Sabha”, she said.

Priorities as an MP

“ When I enter the Lok Sabha, I am not a lone MP. I carry the voices of over 10 lakh people of Araku with me”, Madhavi said while laying out her priorities for Araku.

Health, education and fair prices for the Adivasi farmers are high on her agenda for a region that is one of the one most backward regions in the country (parts of the constituency come under the NITI Ayaog’s Aspirational Districts program).

“Health infrastructure is a huge problem in the agency area. I want to focus on upgrading the Community Health Centers (CHCs) to Public Health Centers (PHCs) and end the shortage of medical staff”, she said while talking about her constituency where 71% of women are anaemic and 32% children are stunted. 80% of women in Araku valley have sickle cell anaemia, according to the National Commission on Scheduled Tribes.

She would also like to focus on education for girls in Araku constituency- a region where only 35.5% women have 10 or more years of schooling.

“ This is very close to my heart. I had to go to a boarding school for my studies because of the lack of proper education facilities here”,she said.

Fair prices for Adivasi farmers who grow paddy, turmeric, coffee and indigenous grains and exploited by middlemen due to lack of access to information and markets is an issue she wants to tackle head on.

“ There are 4 Integrated Tribal Development Agencies (ITDA) in my constituency. As an MP, I will sit with them and make a proper plan and draw up coordination mechanism between them to facilitate the adivasi farmers”, she told BehanBox. Job opportunities for young people in the agency areas is another concern as the ITDA has withheld any job notification for the past 4 years. Madhavi herself had been waiting for the job notification to be announced before she got an offer to join active politics. She would also like to lobby for better connectivity in the hill areas

Her first intervention in the Lok Sabha, however, was an issue that was close to her father’s politics- bauxite mining.

In her statement during the Zero Hour on the 3rd of July she appraised the House about the precarious life of the Adivasi populace of the Araku constituency.

“We have huge reserves of mineral wealth which have been exploited for so many years. As a result, the lives of the poor tribal people have not improved considerably and the forests, being the main source of their livelihood, are being lost at a rapid rate”, she told the Lok Sabha.

She appreciated the Chief Minister of AP, YS  Jagan Reddy’s move to cancel the bauxite mining project in the region and  appealed to the environment minister “evaluate the loss of livelihood of tribal community before granting clearance to the mining project”

It was a tribute to the man and the politics that shaped her. 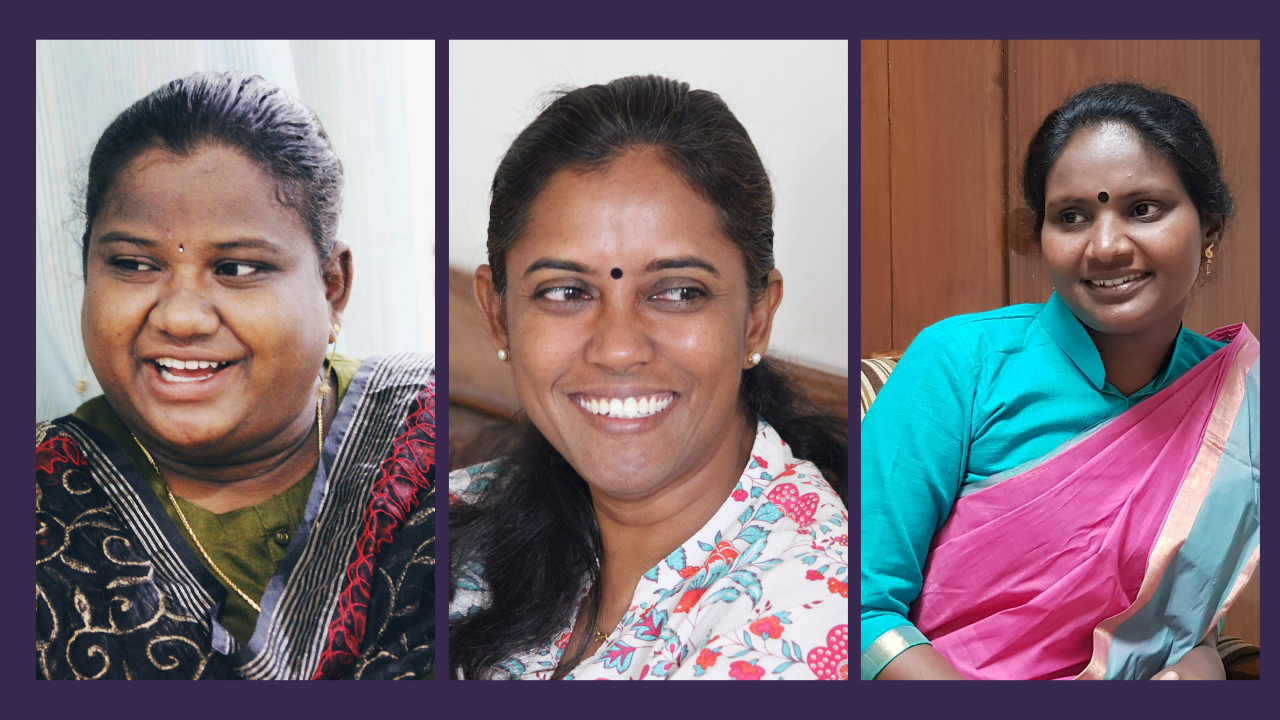